I work in ActionAid Uganda as a Monitoring and Evaluation Officer. I love music, playing badminton, chess and watching football. I always keep myself busy doing something because i strongly believe i am here to make a difference in this world. See profile

During the Reflection Action training that was held in Kalangala district in Uganda, we were divided in to four groups (single men, single women, married men and married women) and asked to identify the stones (things that pull us down and prevent us from achieving our goals) and balloons (things that lift us up).

This tool enabled members to openly speak out and open up on issues that pull them down and lift them up. Later on each group presented and were asked questions which they ably defended. This tool is very powerful and really engages people. It creates a lot of excitement and in interaction within the groups. 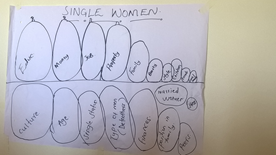 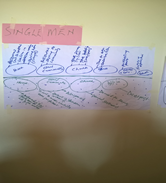 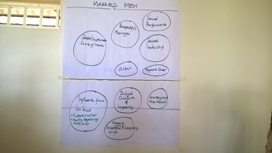 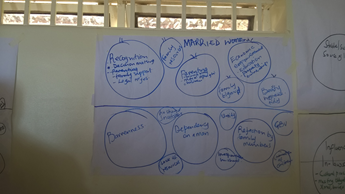 There are no tools used in this story.